#51 THE YOGURT WAS CREAMY, TILLAMOOK WAS DREAMY 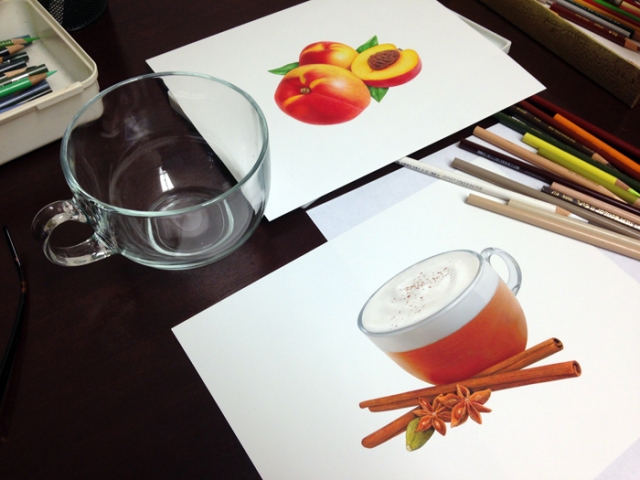 My illustrations adorn at least thirty labels of yogurt for Tillamook Dairy Company.

To share my work process, I’m going to go through my steps creating an illustration for one of those labels. I’ve chosen Chai Latte Greek Yogurt (which is delicious, by the way). 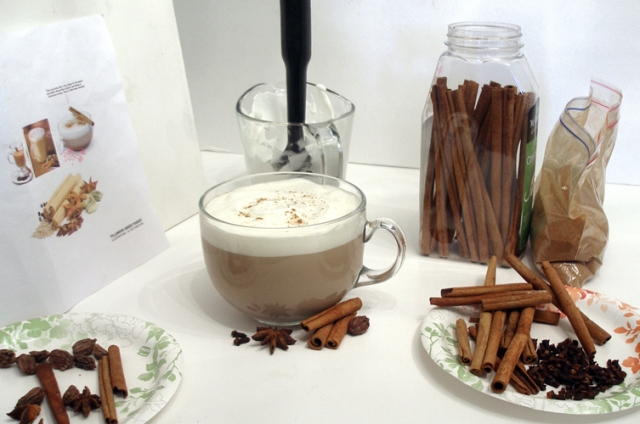 This is my “photo shoot” done at my dining room table.

Here were my instructions:

When I send layouts to my clients, I label each batch with the title of “Round 1, 2, 3″ etc. An illustration usually requires at least four rounds before it becomes finalized. A complicated illustration can take even more rounds than that. If changes are drastic after I’ve done a lot of layouts, I ask for an additional fee.

For Round 1 of Chai Latte Greek Yogurt, I gave the art director 10 choices of compositions. I didn’t bother to isolate elements on my photos yet; since I wasn’t sure which direction the illustration would go in. 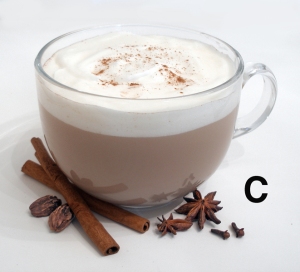 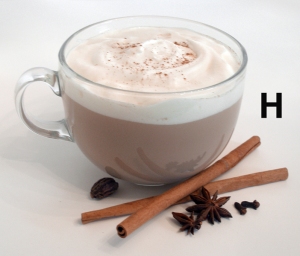 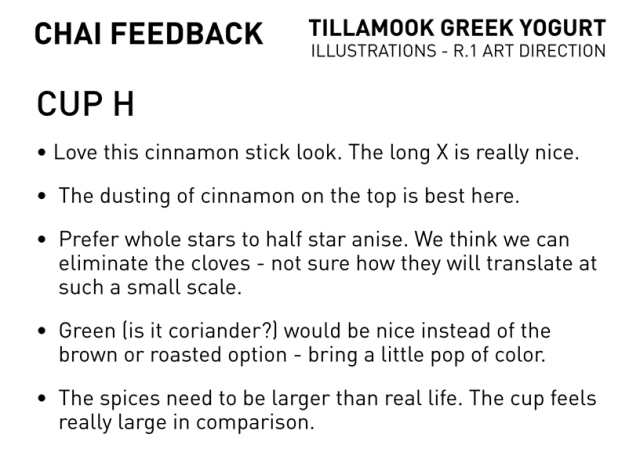 I ended up brewing more chai and taking more pictures because the tea didn’t fill the cup high enough. Although I could have tweaked my reference, my illustrations are always better when my reference is natural and accurate. My photos came out much better because now I was an expert at swirling the whipped topping I used. I was much more careful sprinkling the cinnamon, too!

I created a new layout for Round 2 and the feedback follows that layout below: 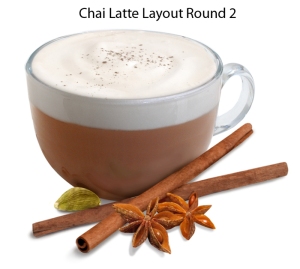 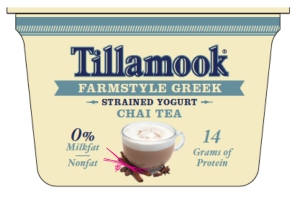 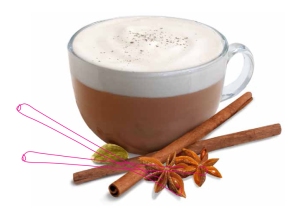 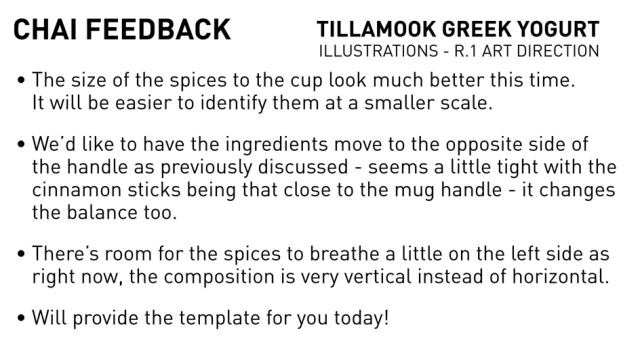 Once I made the changes requested, the final layout was approved. I was ready to move on to finalizing my illustration. 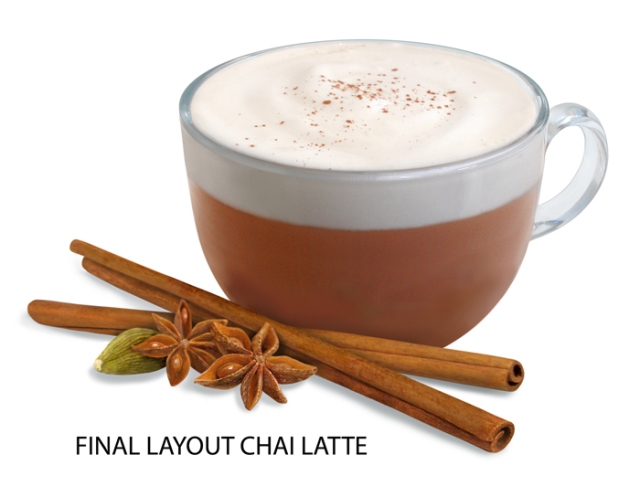 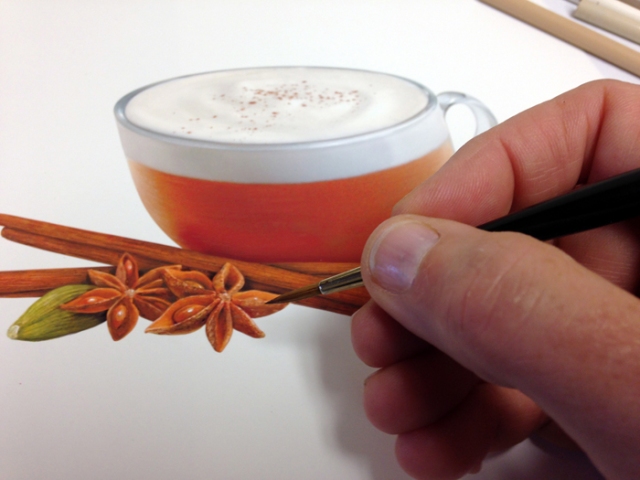 The process of working with colored pencils and paint over my art print serves a purpose – it makes the final illustration more like art and less like a photo. I can admit that there are times when I prefer my layout to the final version. If that happens, I might digitally copy the areas that I prefer and use them for the final art instead.

This is so ironic because for most of my career I worked very hard to make my watercolor paintings look like photos. They were all done without a computer. I began with a white piece of paper and  transferred a sketch using graphite paper.

Now it was the reverse – I utilize my own photos and turn them into something that looks more like an illustration. 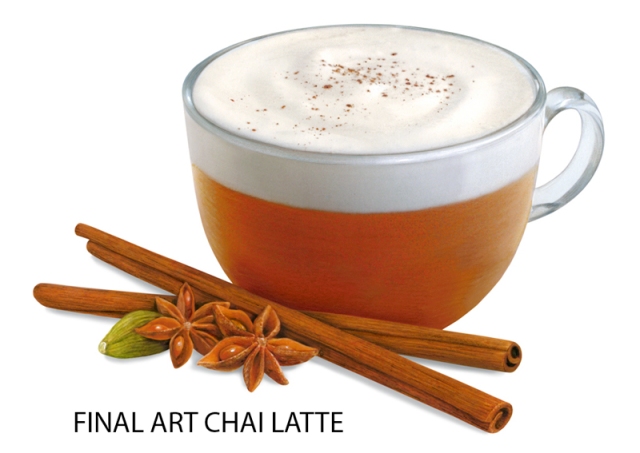 Below are close-ups of the final art. 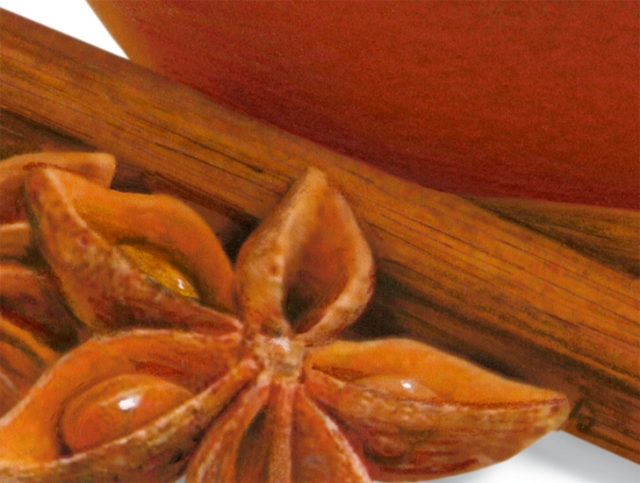 I used a crow quill to create tiny lines on the cinnamon stick. 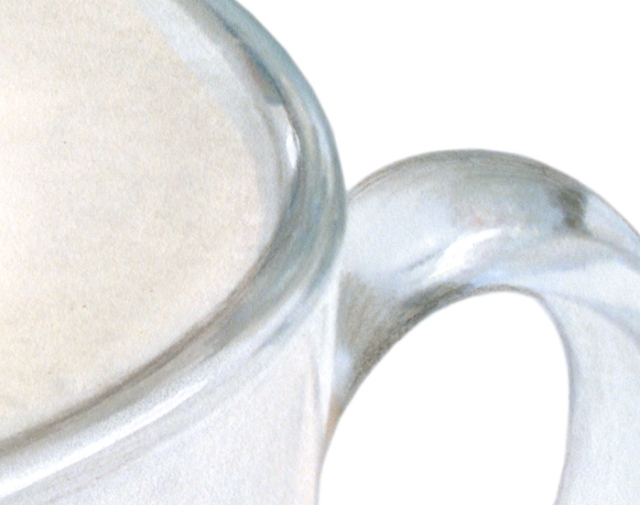 Many of the other yogurt flavors that I illustrated were simpler than Chai Latte because I was able to modify older artwork. But I’d say that the toughest flavor was Marion Berry.

I had many varieties of reference, but none that really matched what my client wanted. Below were some of the many layouts of berries that I sent: 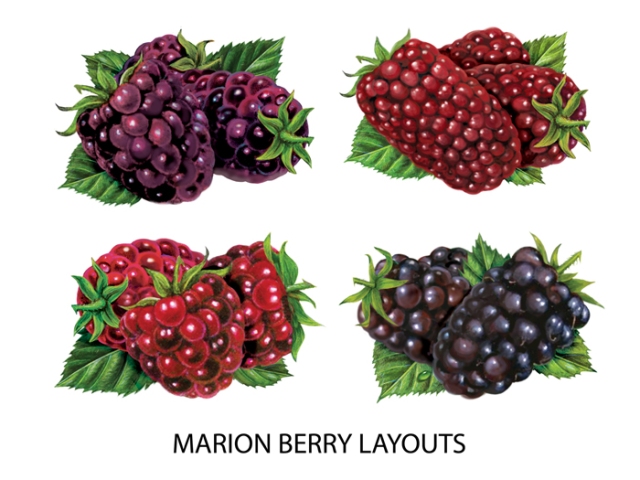 I wished I had actual berries to look at. Eventually, the art director sent reference to guide me. It was very important that the berries were accurately depicted. Now I was on a better track to pleasing my client! 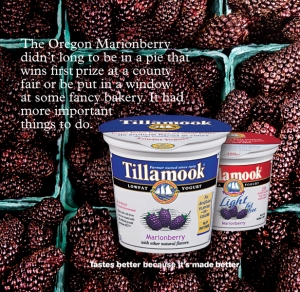 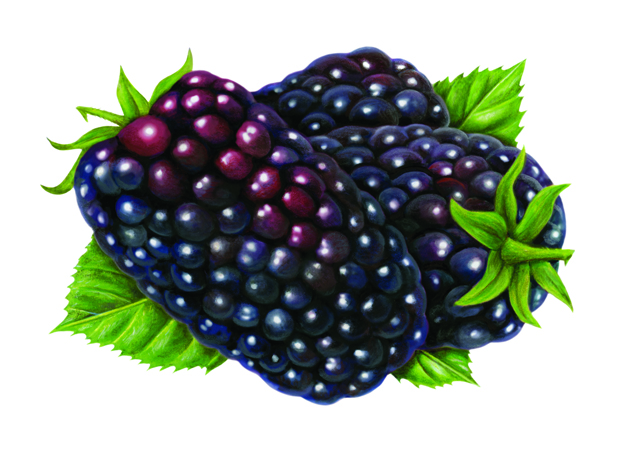 When Tillamook added a line of Greek Yogurt Parfaits, I received a huge box with the many different varieties of granola. It was hard not to snack on it while working – another diet diversion, unfortunately.

I received directions with rough sketches and went to work using digital photos and existing art for the berries. 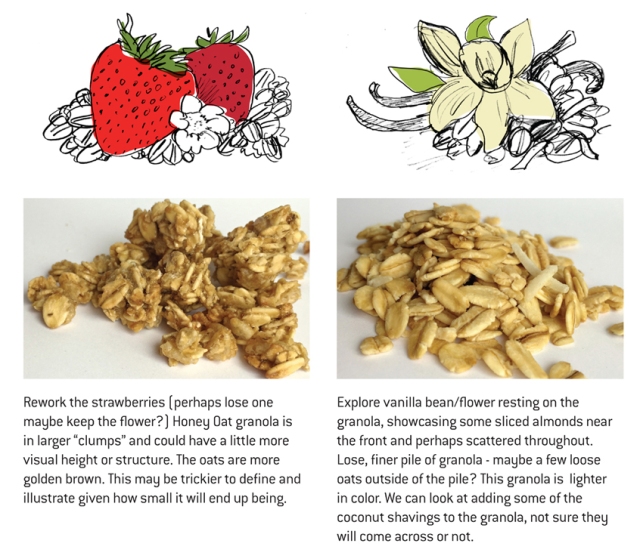 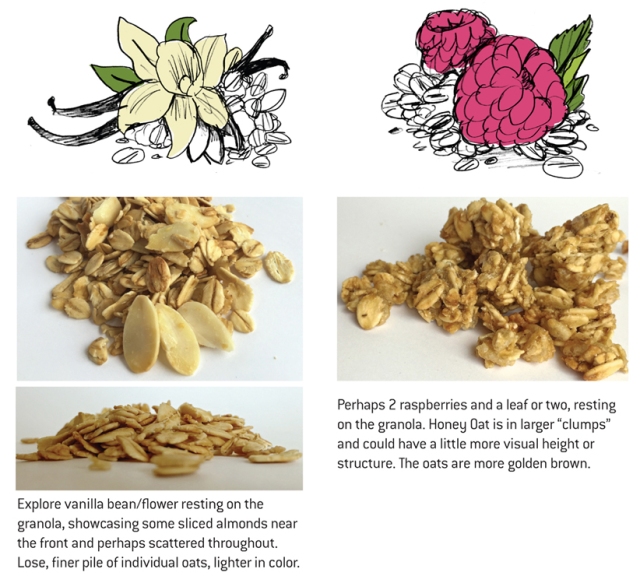 Each flavor of granola had specific characteristics. It was very important for me to indicate the variation of color and textures between flavors. For example, Honey Oat granola was clumped. And the Vanilla Coconut granola had delicate curls of coconut, which had to be very visible.

This time, it was easy to create a version that included Marion berries. Below is an example of one of my layouts. 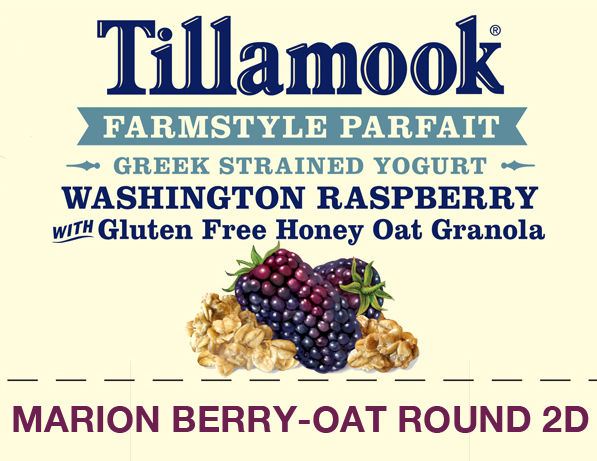 Below are the final illustrations: 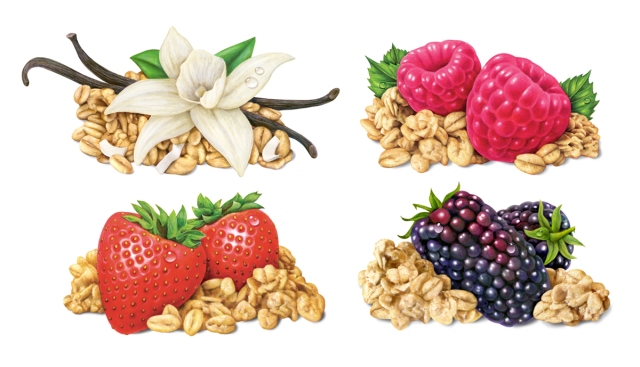 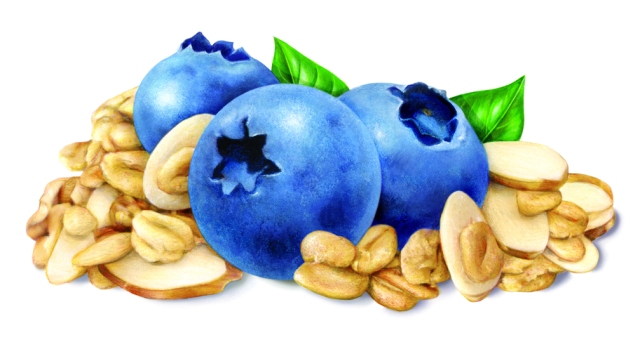 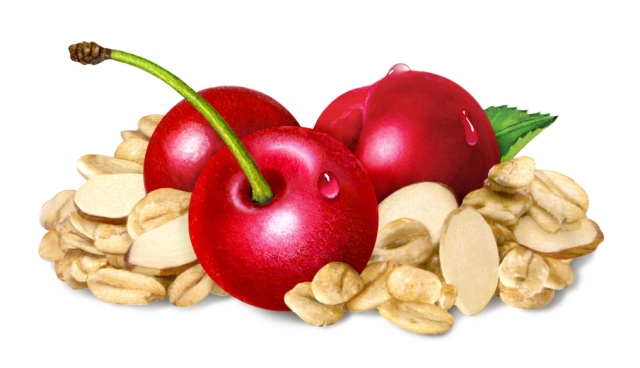 One of the great things about illustrating a line of labels – is that I receive consistent projects later on as new flavors are added. Two recent yogurt labels that I did were Pear and Plum. 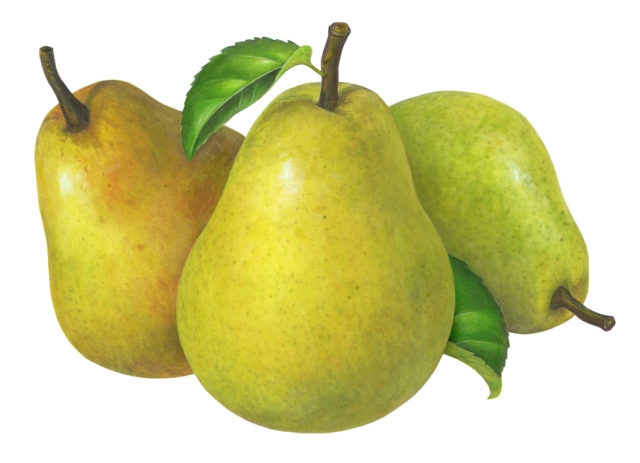 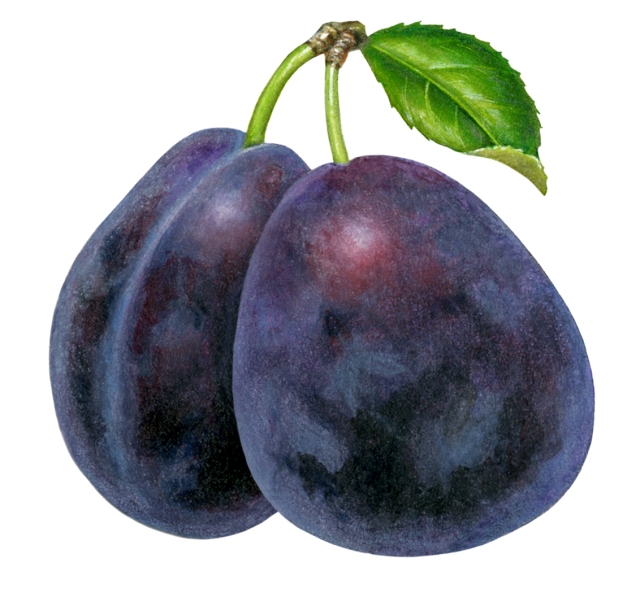 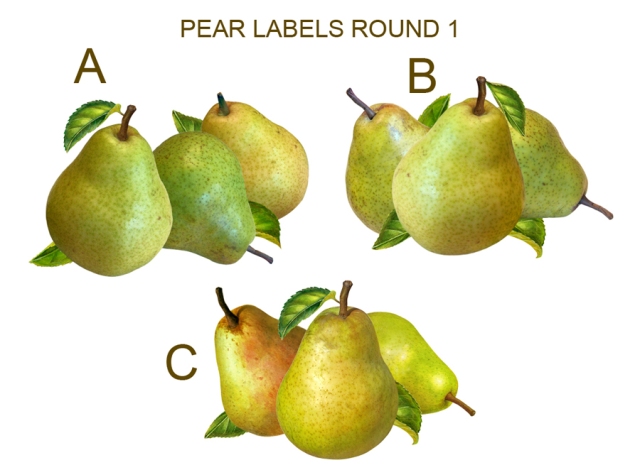 My pear layouts show how the chosen “C” layout” had more consistent shadows on the final illustration. The leaf on the bottom left was also eliminated.

All of these illustrations are tempting me now to go eat lunch. However, there is no comparing that temptation to when I was illustrating Tillamook’s scrumptious ice cream treats!

1 Response to #51 THE YOGURT WAS CREAMY, TILLAMOOK WAS DREAMY