A medley of apples that I painted just for fun.

I began this blog in 2010. One of my early posts was #5 AN APPLE A DAY, PART 1 and it was because I had so many assignments illustrating apples.

Ten years after that post, I decided it would be fun to create a Part 2. I’m sharing three assignments that have apple subject matter, as well as a series of new apple illustrations I painted just for fun. For this second part, I will describe my transition to utilizing the digital process for my illustrations.

For more detail about my traditional and digital process combined, here are some other posts:

#56 IT WAS FRUITFUL BEING AN ILLUSTRATOR, PART 2

#57 TAKING STOCK OF ART AND MY LIFE

The very first assignment where I began my current technical process was a wine cooler illustration for Arbor Mist. I rendered all of the elements separately and then combined them with added shadows on the computer. It is very common for my clients to ask that every element to be fully rendered and on a separate layer. This does require additional time and work.

I always show many possibilities so clients can pick an element from another layout to revise their choice.

The advantage of working digitally has been fantastic for designing my illustrations. In the past, I would send black and white outline sketches via fax. I had no idea how the color would look and neither did my client. Now I am able to create accurate mock-ups of my preliminary ideas by combining photos with older illustrations. This is definitely an example of “whatever works” for me. 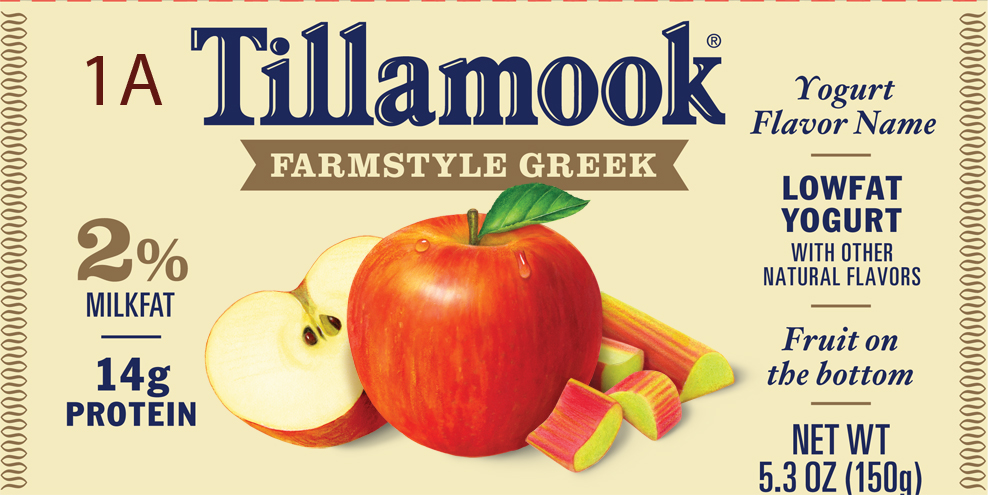 I have illustrated many flavors of yogurt for Tillamook Dairy Company. Apple Rhubarb was definitely an interesting flavor. Below were my layout ideas: 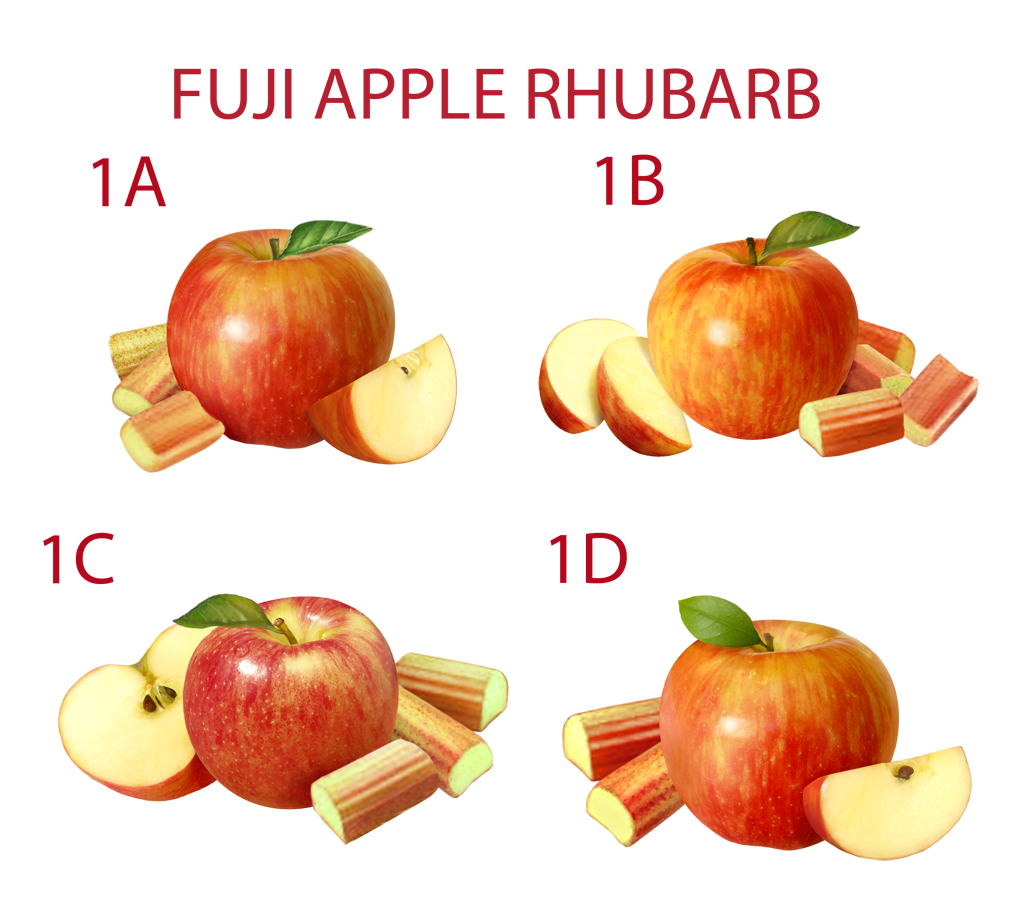 My final artwork demonstrates that there were a lot of changes made after my first round of layouts.

I have a very specific way to create shadows between layers using Photoshop. This has been completely a result of discovery – I am self-taught.

First, I never disturb the main layer. In the past, I used to darken the main layer, but that led to an inability to move elements around or change the design later. So instead, I duplicate the layer and darken the top layer to my desired shadow color. I often increase the contrast by using levels, and then I de-saturate the layer after that to “gray it out.” Sometimes, I use a filter to achieve the color I want.

Once I am satisfied with the shadow color, I select the shadow area and refine the selection edge to soften it. Then I use “inverse” and cut away the rest of the layer, leaving only the shadow. I then lock the two layers together, because if the shadows moves it can cause a problem. If I need to lighten the shadow layer, I sometimes adjust the layer opacity.

The third assignment I want to share, is truly a blend of digital and traditional art. Unlike the other two jobs I’ve discussed, I did not paint anything new for Karen’s Naturals in 2016 because the client did not have a budget for new art.

I began by scouring all of my existing art to find the elements I needed. I created digital clipboards to help me with my layouts.

Whenever a layout was chosen, it actually became the final art. There was still another step, though. I needed to spend time to clean it up. When working on layouts, many times I didn’t finish all the shadows or smooth out cut edges. I also added water droplets later on. 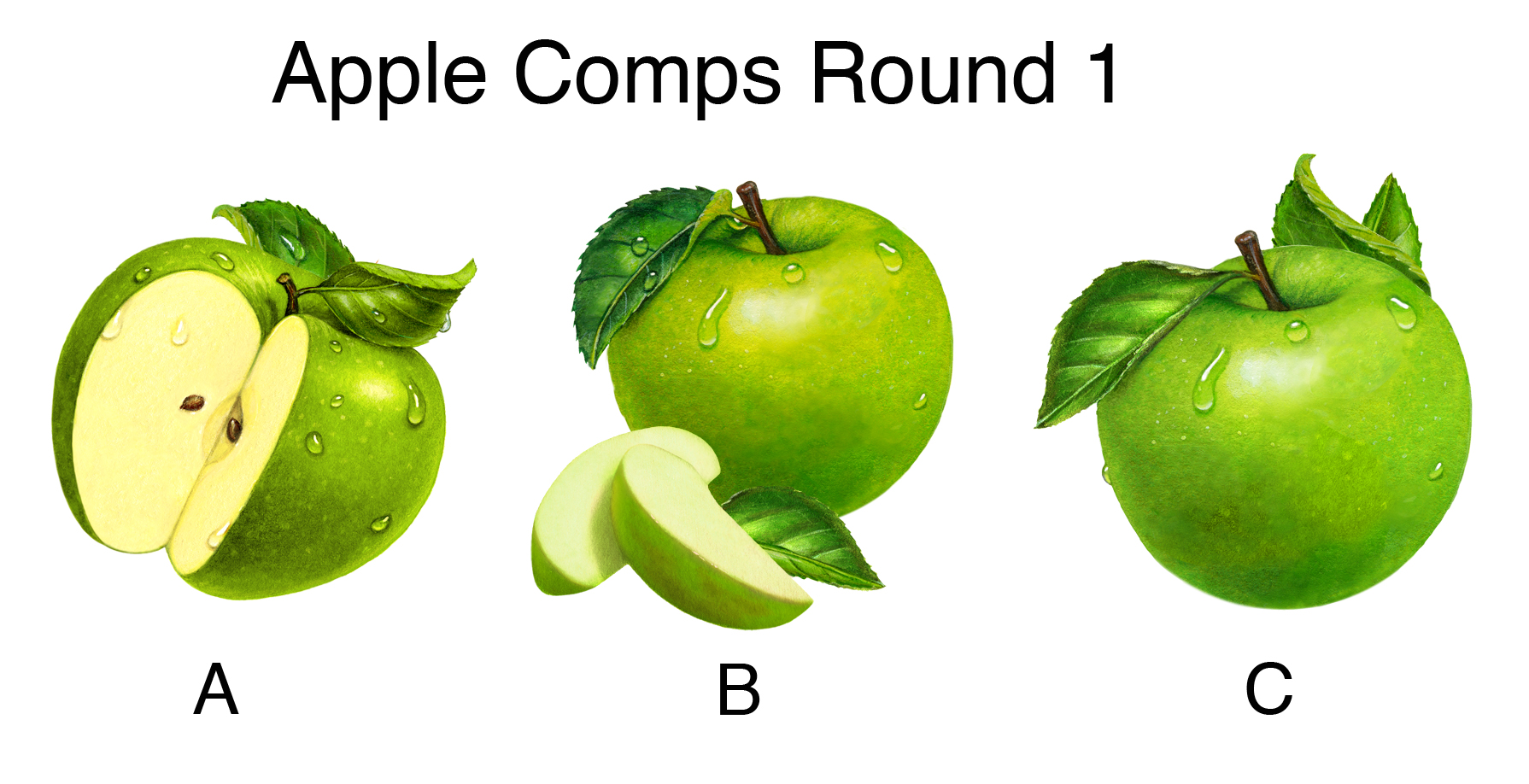 What was truly amazing for this flavor was that on one of the layouts I was able to use an older red apple illustration and convert it to a green one. 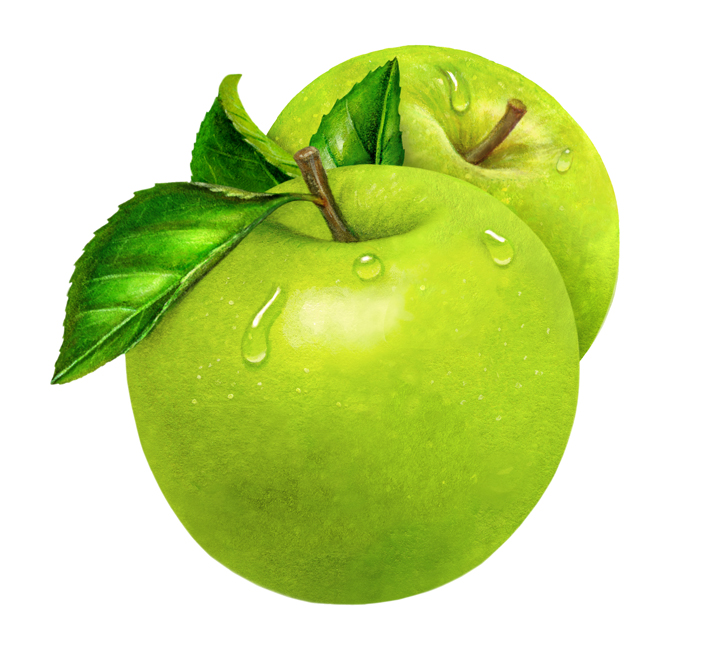 Unfortunately, the printing process did not flatter my artwork.

2020 was a big shift for me. I decided to simply paint anything I wanted and put it up on Getty Stock. I did a lot of different apple studies. Apples have wonderful color varieties and their shininess can be unreal (due to added wax in the supermarket). I did obtain some actual apple leaves, which helped to add realism and make my illustrations more interesting.

Creating my composition is never as simple as taking one exact photo. My process usually involves combining several.

I was glad I was able to pick a few leaves from a good friend’s apple tree. It was a little tricky positioning a loose leaf near the stem. 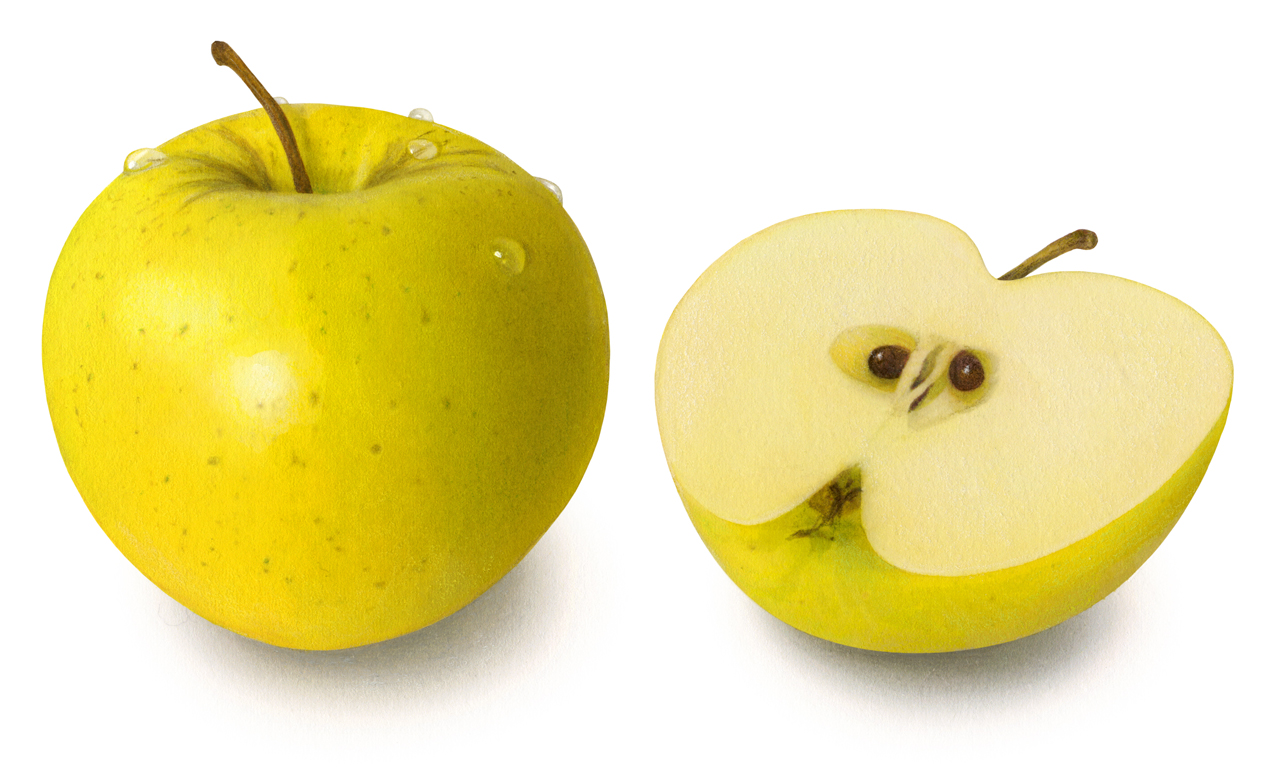 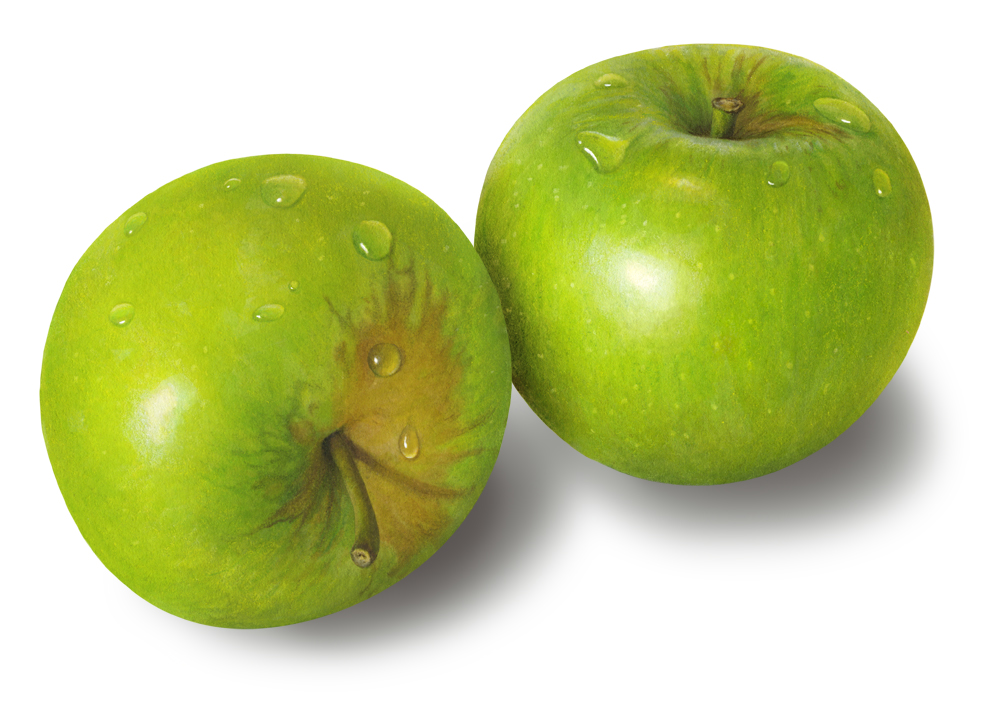 I debated about adding brown areas on the leaves, but it added realism and more interest that way. Almost every single leaf on the tree had brown edges.

I used colored pencil to add blue reflections on the translucent seeds. That water droplet on one of the seeds might just be the tiniest one I’ve ever painted!