21. Avoid tangents. A tangent is where an object touches another object at the same angle or touches a border.

22. Create a work that is “unified.” Something that is within the illustration should be consistent throughout. That could be a color or textural theme. One of my illustration instructors used to scratch over the entire surface of his illustration to “pull everything” together!

23. Use the best materials possible.

24. When painting landscapes, notice the atmospheric distance that causes the mountains to be blue. There is an interplay of the warm vs. cool gradations going into the distance.

25. Clouds are definitely not all white. Skies are truly amazing. The clouds are often darker than the sky behind it. There can be tones of pink and yellow. Sky gradations always intrigue me.

26. There is an infinite amount of color variations in nature. Take the color green in foliage, for example. I often notice how many colors of green exist in the world, and analyze creating them. I will mix green with purple, yellow, blue, red, and orange to achieve a lot of those variations.

27. The freshest white allows for the paper to show through.

28. When painting transparently, the colors are like veils – everything shows through each layer. I like the analogy of “stained glass windows of color.”

29. Adding opaque mediums such as pen white or colored pencils always adds a cooler tone. The white pencil will actually appear gray. The “whitest white” is always the surface of the paper. When illustrating an apple the opaque coolness on the highlight can create a waxy effect, which is useful. On a peach, it can be helpful to create the “fuzz.” On grapes, the effect is “powdery.”

30. Utilize an under-painting to keep the brightest color fresh. For example, the shadows on a banana can be painted first with light tones incorporating the complementary color, purple. On a red apple, an under-painting in green is very interesting. Experiment!

When I illustrated a menu for Spire’s restaurant, I had a painful, learning experience. I did both the cover and the inside illustrations. Spires was not located in my area; it was located in Orange County, California.

The owner of the agency was also the art director. When our job was completed, I received a complimentary letter stating he was pleased with my work. However, I did experience considerable delay in payment. That is not uncommon. When I finally received the check, I rushed to deposit it at an ATM.

After that, I had a difficulty getting my artwork back. Mr. Lawson did not return my calls. I decided to send him a letter, but still I had no success. Finally, I reached him on the phone. This was what he said:

“You have given me all rights to the painting. You agreed to it in writing. I put those words on the back of your check and you endorsed it.”

I was perplexed. I didn’t see that on the check! Then I remembered the day I deposited the check and rushed to the ATM. It came to me – I dropped it in and realized I hadn’t endorsed it. I asked a clerk and was told that as long as there was a deposit slip it was no problem.

I obtained a copy of the check from my bank, and sure enough those words Mr. Lawson had written were on there. But, I hadn’t signed it! I called my brother who is an attorney and he told me that it didn’t matter whether I signed it. By cashing the check I had agreed to those words.

What a lesson that was!

My story didn’t end there. I wanted copies of the menu, but it was understandable that I was not communicating with the agency after that. My family and I took a ride out to Orange County to eat at a Spire’s Restaurant. We all swiped menus while we were there.

So I have copies of the menu, but some of them have food stains on them!

I am going to share two other jobs below. The snack mixes were fun because they allowed me to solve a lot of varied textures. I achieved the “salt” effect by using a tooth-brush and splattering a little white acrylic (through a little, cut hole in the paper to direct it). I also picked out some salt indications using an exacto knife. A crowquill was handy in creating fine lines. Sometimes, I achieved fine lines by scoring the paper before painting using an exacto knife. I also used an ink eraser to rub out the highlights. I always experiment with my textures before I start painting. 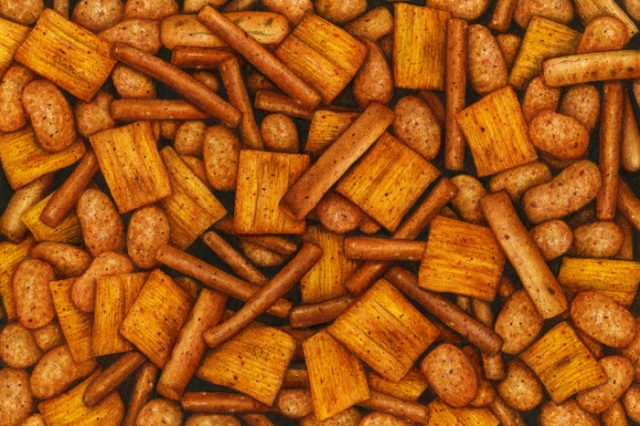 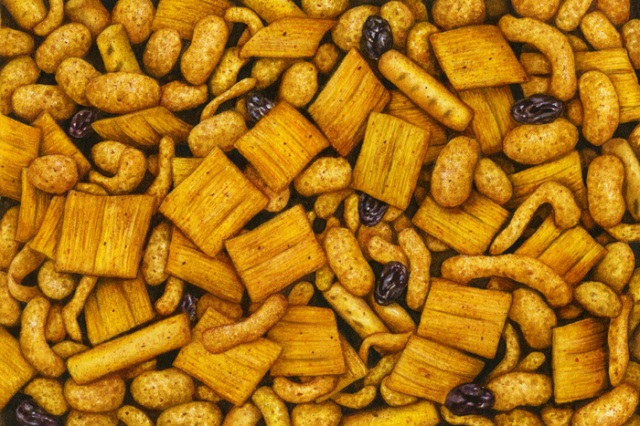 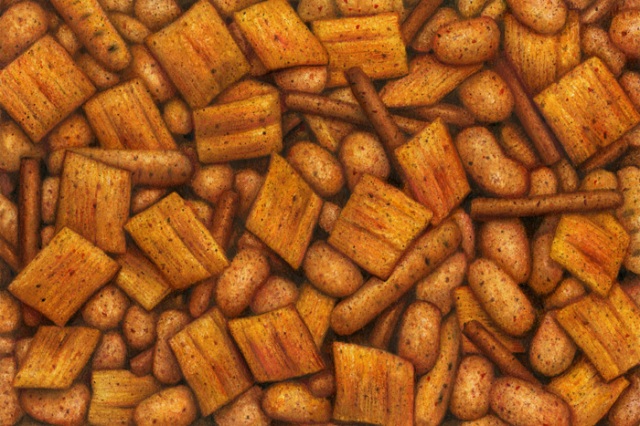 The illustration of tools was certainly a change for me. However, I am able to be successful whenever I have reference and I raided my husband’s garage for those items!

LAYOUT FROM THE ART DIRECTOR. THE ILLUSTRATION WAS FOR A BROCHURE FOR FIRST INTERSTATE BANK. IT STATED, “WE HAVE ALL THE TOOLS YOU NEED!”

THE FINAL PAINTING. THE BROCHURE OPENED AT THE BOTTOM OF THE SAW. 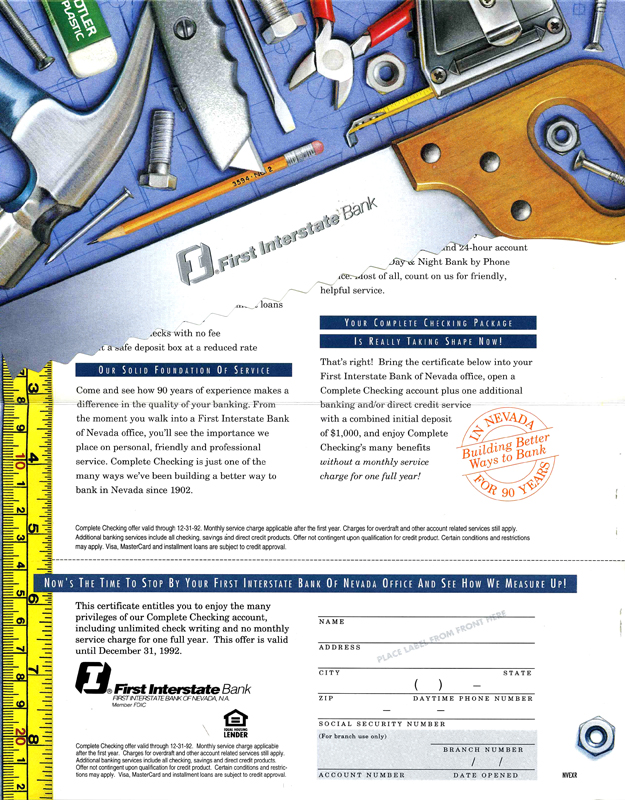 THE BROCURE WHEN OPENED. I HAD TO ILLUSTRATED OTHER ELEMENTS INSIDE. I UTILIZED RUBDOWN NUMBERS, RATHER THAN ILLUSTRATE THOSE BY HAND.

A LOOK AT THE INVOICE FOR THIS JOB.